Cognition includes a complex set of processes such as attention, learning and memory. Cognition can be defined as the capacity to attend, encode, consolidate, store and retrieve recent and remotely stored fact (semantic), experience-based (episodic) memory and rules (procedural memory). Different brain regions, circuits, and substrates subserve different types of memory. While long-term memory for experiences and fact-based information are generally supported by many regions of the brain, short-term memory involves primarily the prefrontal cortex and certain areas of the posterior cortex and the hippocampus. Attentional function is also mediated by multiple substrates, with a major role played by cholinergic signaling in the prefrontal cortex. In addition, the prefrontal cortex is important in executive function, a crucial element of cognition that includes inhibitory response control, ability to choose between alternatives and behavioral flexibility. Cognitive impairment is a defining feature of several neurodegenerative and psychiatric diseases such as schizophrenia, Alzheimer’s disease and Huntington’s disease. 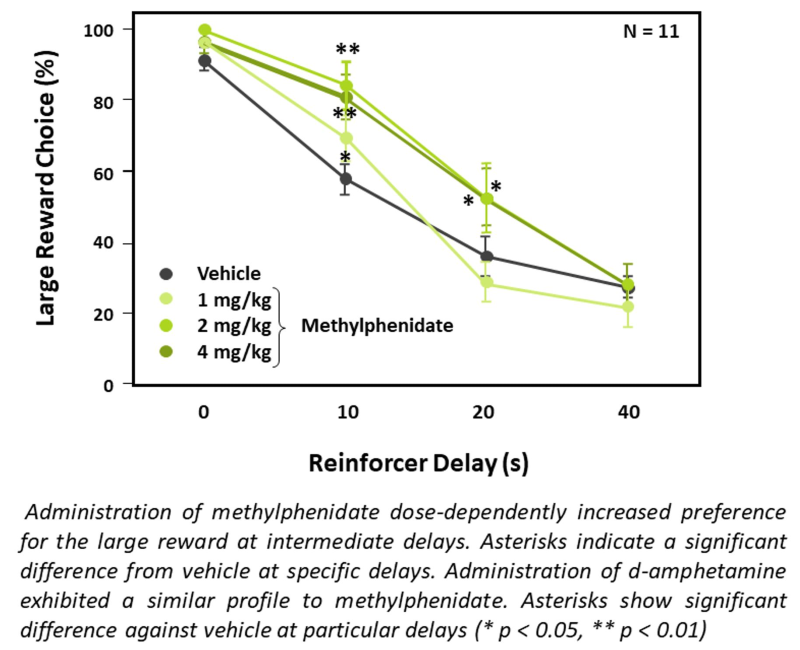 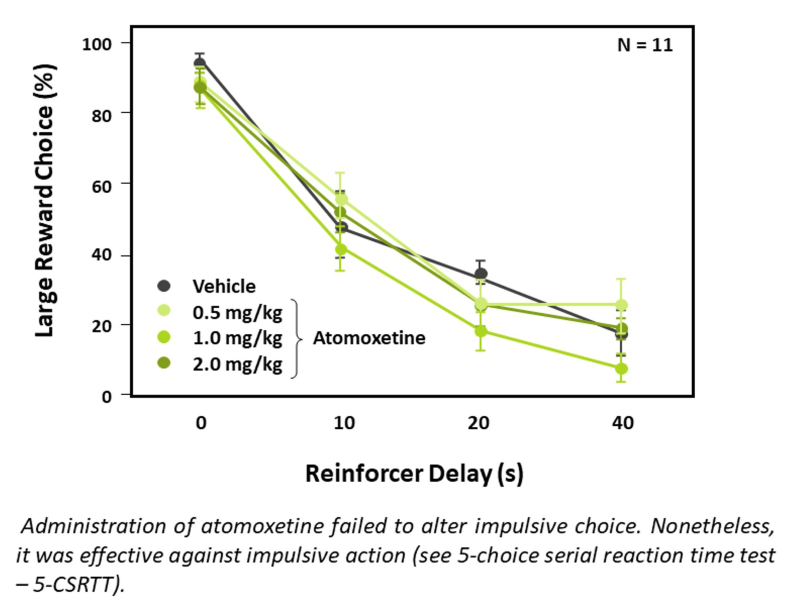 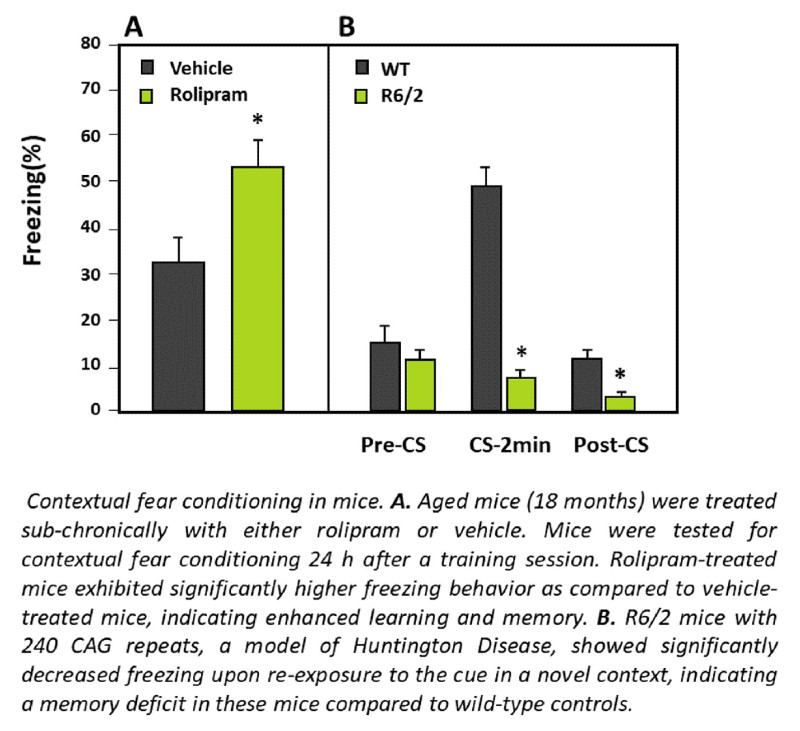 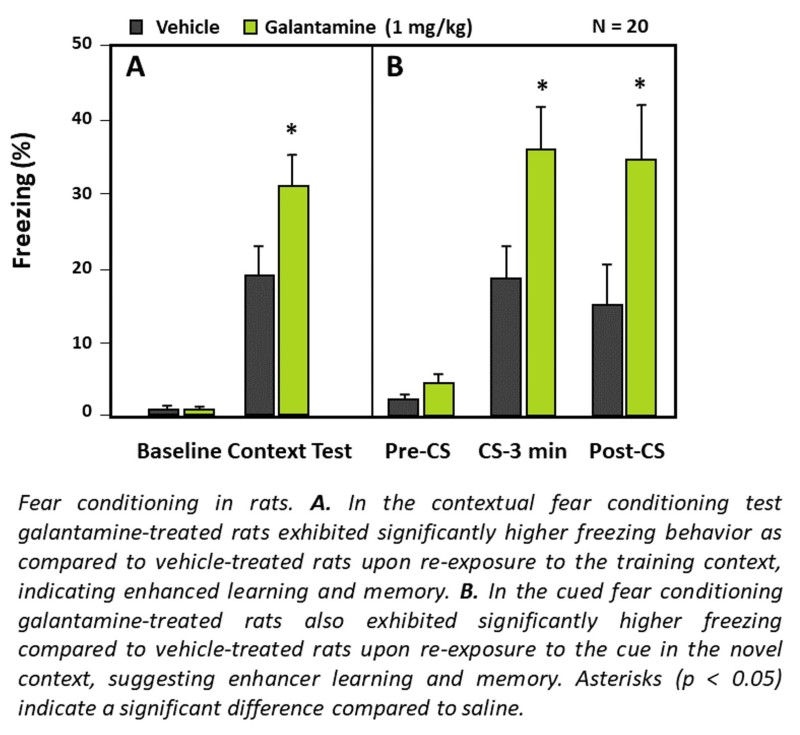 The 5-CSRTT measures several parameters of cognitive function, including attention and impulsivity. In this operant-based test, animals are required to monitor five apertures for a brief (≤ 1 s) illumination. Rats must nose-poke into the aperture where the brief light stimulus was presented to receive a food reward. Behavioral measures such as accuracy, speed of response and impulsivity (impulsive action) are recorded. By altering the parameters of the task, high levels of premature responding can be induced. Stimulant and non-stimulant compounds effective in attention-deficit hyperactivity disorder can be differentiated. Specifically, atomoxetine (Strattera®) is effective, while methylphenidate (Ritalin®) is not. 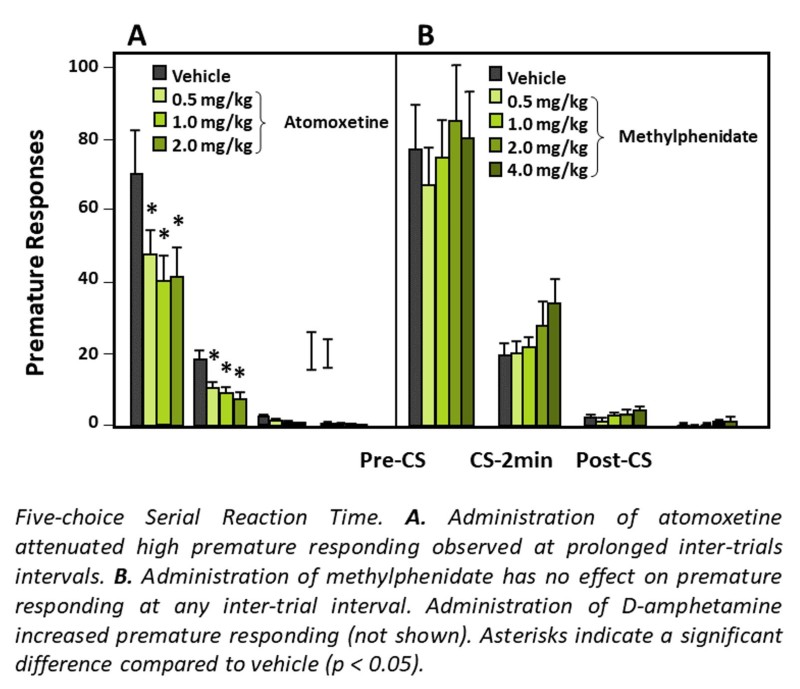 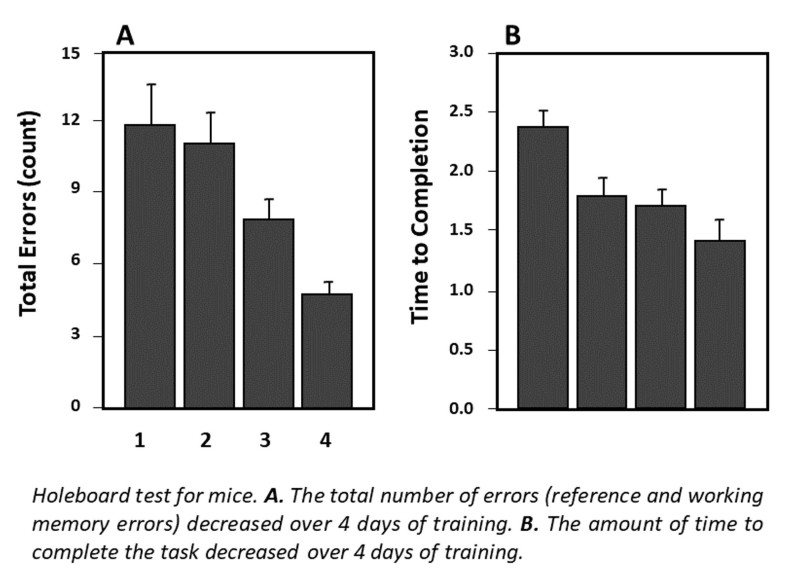 The Morris water maze test is used to assess hippocampal-dependent spatial learning and memory. It is a common assay used to characterize different cognitive disease models, such as Alzheimer’s disease, and to differentiate the effects of drugs across several stages of learning and memory (e.g., encoding, consolidation and retrieval). The water maze consists of a water-filled pool with a hidden escape platform and multiple extra-maze visual cues. Over the course of several days rodents learn to find the hidden platform in order to escape from the water. After acquisition training, animals are given a probe trial where the platform is removed and memory for platform location is assessed by quantifying the time spent in the maze quadrant that previously contained the platform (‘target quadrant’). 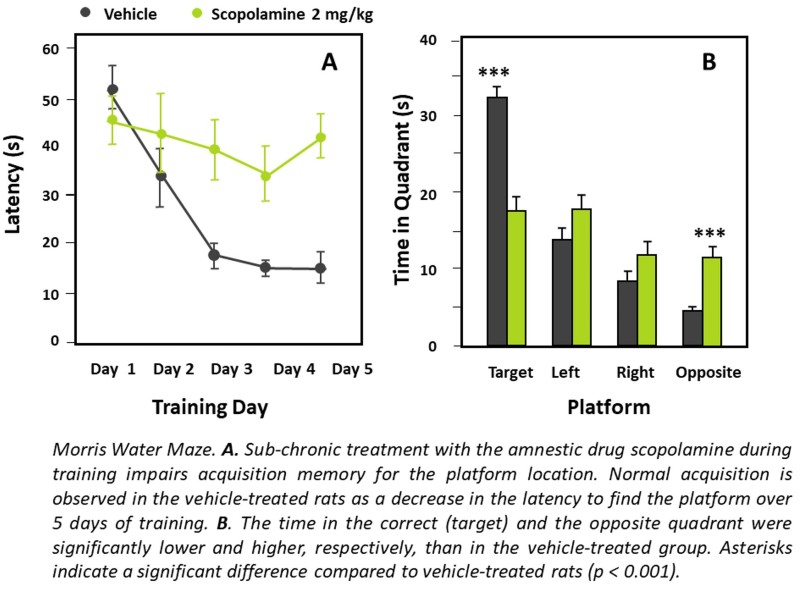 The Novel Object Recognition (NOR) test provides a measure of episodic memory. The test subject is allowed to freely explore two objects during the training session. After a delay (1-48 hr, depending on experimental design), animals are tested again with exposure to one previously explored (familiar) and one novel object. Recognition memory is expressed as a recognition index which is defined as the ratio of time spent exploring the novel object over the total time spent exploring both familiar and novel objects. 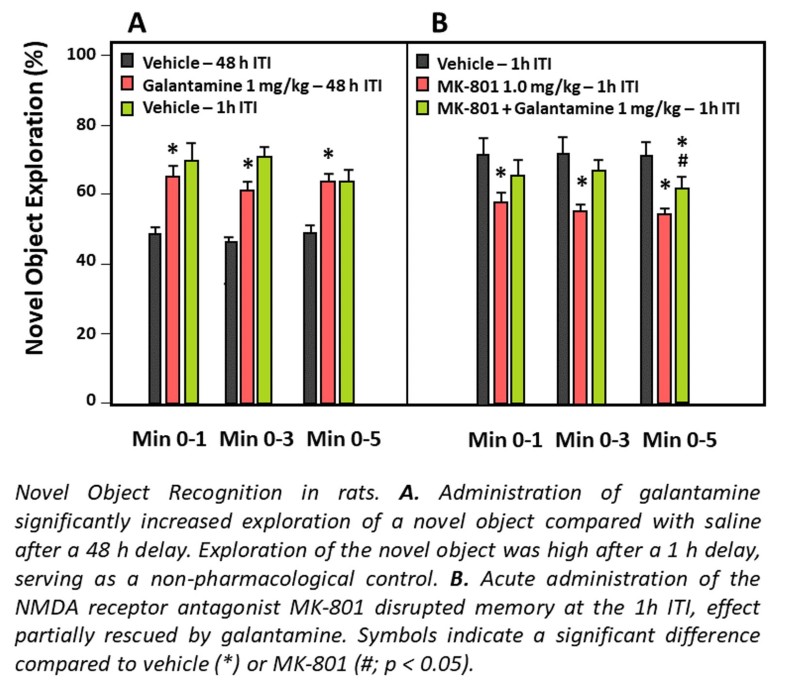 Spontaneous alternation in a Y- or T-maze is an ethologically-based test that depends on rodents’ innate tendency to explore a novel environment, and thus does not involve either positive or negative reinforcement. When tested over repeated trials, rodents exhibit a tendency to alternate between maze arms, thereby providing a measure of short term spatial memory. Mice with compromised short-term memory function exhibit decreased spontaneous alternation. The spontaneous alternation test has been shown to be sensitive to aging, amnestic drugs and altered hippocampal cholinergic function.

This task is a simple -spatial learning task in which an animal must learn to associate a the direction of a turn (right versus left) with escape from the T-maze (a submerged platform). Mice are placed in the starting arm of a water-filled maze and the choice of turn towards or against the platform is recorded. This task is especially useful for assessing cognition in mice with motor impairments as the accuracy of their choices can be measured independently of their latency of escape, which may be confounded by poor swimming performance. Cognitive flexibility can also be assessed in this task using reversal paradigm in which the platform is moved to the opposite end of the tank. 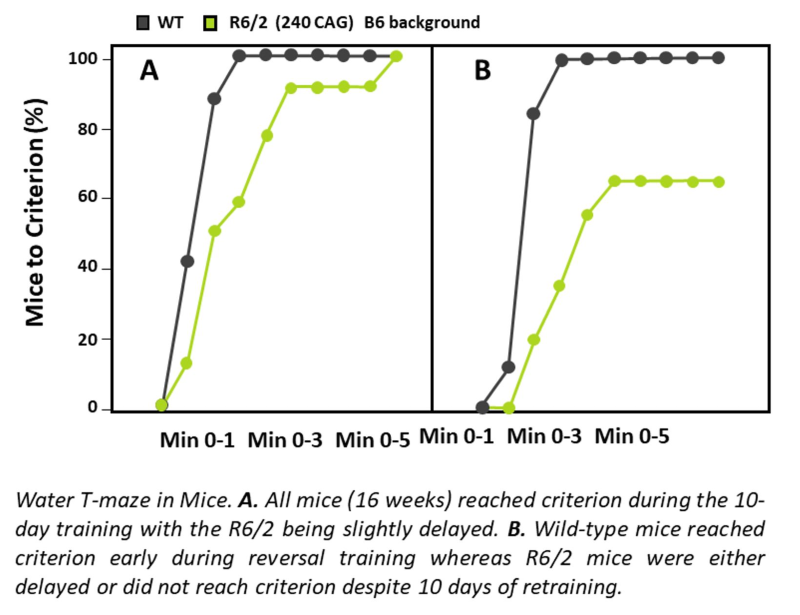