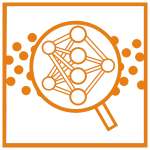 The SmartCube® platform offers an unbiased way to industrialize phenotypic drug discovery for CNS disorders by screening compound libraries in a manner that is agnostic to mechanism, thus often resulting in novel pharmacology.

SmartCube® is an automated testing platform that presents a sequence of challenges to a mouse through its customized hardware and it incorporates computer vision and AI to process and analyze massive temporal and vectoral datasets (more than half a million data points per mouse per session). The SmartCube® platform uses proprietary bioinformatics and probability causal inference algorithms to detect and assess the potential of compounds to treat psychiatric disorders in an unbiased way by comparing their complex behavioral profiles with those from a proprietary reference database at the drug class (primary therapeutic indication) and subclass (primary mechanism of action) level.

SmartCube® can be used in an early discovery program where an initial library of compounds (typically hundreds or thousands), designed using medicinal chemistry strategies combined with proprietary cheminformatics insights, is screened in SmartCube®, and an early lead identified and used as the basis for SAR development. Typically, 300 analogs of an early lead are synthesized and tested in SmartCube®. For each compound tested, at each dose, SmartCube® provides a probability that the drug is active, and breaks down its activity into the different classes (or subclasses) of interest. For drug discovery, therefore, one can find the class of reference compounds represented in the database that best fits the obtained novel compound drug signature. 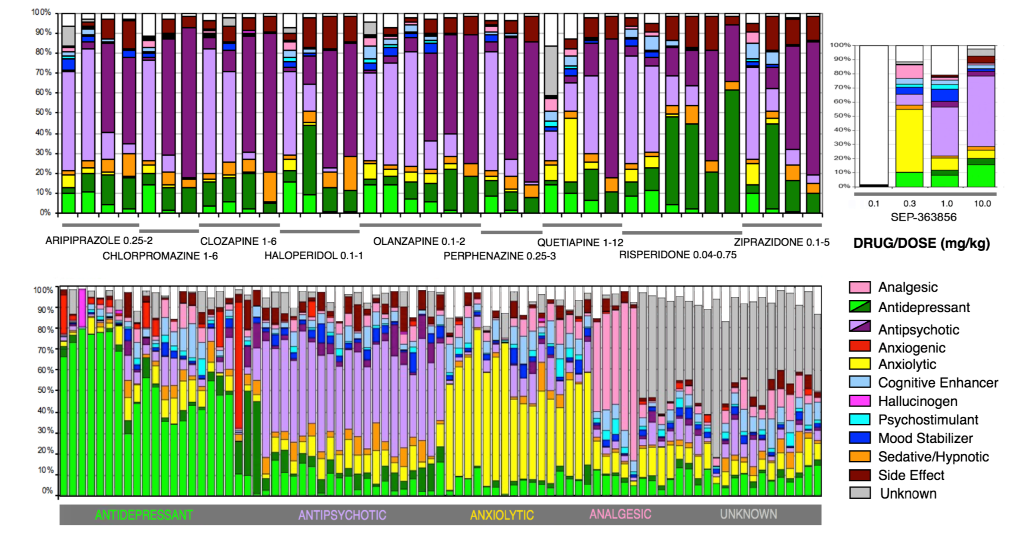 Figure 1: A sample of approximately 80 compounds from a chemical series. Despite being structural analogs, their signatures are vastly different, with predominant antidepressant, antipsychotic, anxiolytic, or analgesic profiles.

A variety of analytical tools are available for analysis of a drug, groups of drugs, or treatment effects using an animal model of disease. For instance, a differentiation between two classes of antipsychotics may be of interest to widen the therapeutic indications for a lead compound. Whereas in the SmartCube® class analysis used to screen compounds there is a standard set of about a dozen pharmacological classes, in the cloud analysis we can utilize any available drug of interest and create specific groups for comparison. For example, a classifier can be trained to separate typical from atypical antipsychotics, and then a novel drug can be tested and established as similar to one or the other class. Similarity to one or the other class can also be visualized. The outcome of a SmartCube® run is a set of more than 1000 features describing the animal’s posture, behavior, and other characteristics. By creating independent combinations of the original features, it is possible to reduce data complexity and extract the derived features that maximally separate groups of interest. Similar to principal component analysis, we can find the most important composite axes that best separate the groups under analysis. To create a useful visualization tool, we can plot Gaussian distributions representing the groups of interest in the 2D space created by these major axes, where the width is the standard deviation given by the mouse-to-mouse variability. The separation between the groups or classes is a measure of similarity or lack thereof, and its statistical significance can be calculated by estimating the probability that the result is due to chance. 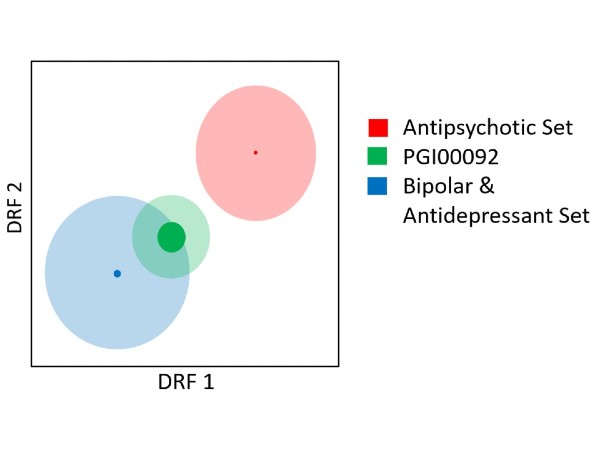 Figure 2: The compound PGI00092 presented with an antipsychotic signature during screening in SmartCube® and was investigated further for its use in bipolar disorder using this cloud analysis (DRFA). A set of reference compounds was created with mood stabilizers and antidepressants (to boost efficacy against depression in bipolar disorder) and a classifier was trained to differentiate this “bipolar/depression” drug set and a set of antipsychotics. We found that at the dose analyzed, PGI00092 is closer to the mood stabilizer/antidepressant drug set than to the antipsychotic set in this reduced 2-class analysis, suggesting further therapeutic indications for this compound.

SmartCube® can also be used to phenotype disease models such as neurodegenerative disorders (e.g. ALS and Huntington’s disease), and pain models. Changes are frequently detected much earlier than using standard behavioral tests and allow assessment of investigational compounds on their ability to reverse critical features of a disease model prior to the stage when clinical signs fully develop and become irreversible. 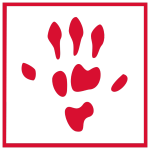 NeuroCube® is a fully automated platform that employs computer vision to detect changes in gait geometry (e.g. stride length, base width) and gait dynamics (e.g. swing time, propulsion) in mouse and rat models of neurological disorders and pain. AI algorithms similar to those used in SmartCube® are employed to define and rank the dominant features that define a disease phenotype and calculate the discrimination probability between a control and disease model in order to determine onset of disease phenotype for pharmacological intervention. The following example shows the progression in the gait geometry and dynamic features from the SOD1 mouse model of ALS from 8 to 18 weeks of age. All features are represented as percent change from control.

Figure 1: The changes in gait as percent of control from the SOD1 mouse model of ALS showing the progression of the phenotype from 8 to 18 weeks of age.

Figure 2: Representative individual gait geometry and gait dynamic feature changes at 16 weeks highlight the magnitude of the changes at this age. 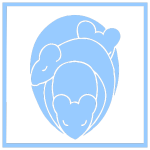 PhenoCube® provides an environment where disease models or treatments can be assessed over many days. Groups of mice are challenged in ways that allow the system to detect social, circadian, motor, and cognitive behaviors, hallmarks of most neuropsychiatric disorders. Complex computer vision and automation eliminate any subjectivity and together with proprietary data mining algorithms can detect subtle changes even early in the progression of a disease phenotype. The cognitive challenges presented in the environment can be employed to identify compounds with potential to treat cognitive impairment associated with disorders such as schizophrenia, Alzheimer’s disease, and ADHD. As behaviors are captured during the light and dark cycles this allows us to capture phenotypes that emerge in the dark cycle or active phase of the mice. 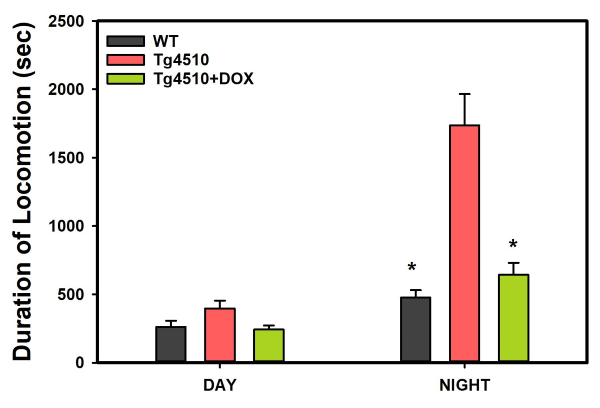 Figure 1: Duration of locomotion in 6-month-old female rTg4510 mice was significantly enhanced compared to the wildtype controls during the 12-hour dark cycles. This phenotype was rescued with doxycycline treatment in water for 2 months prior to testing. The rTg4510 is a tauopathy model employing a tetracycline responder construct (Tet-Off) that can be disabled with doxycycline. 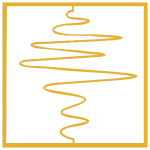 eCube™ is a novel EEG based discovery platform that probes the effects of compounds of different drug classes on electrical brain activity. eCube™ provides a uniform testing platform to record actigraphy and quantitative EEG (Q-EEG) and local field potentials (LFPs) from four brain regions of unanesthetized mice before and after drug administration. Similar to the SmartCube® process, raw data and the derived features from the brain signals and biometrics are used to train a machine learning classifier, which can be used to identify novel compounds with the desired EEG activity. Likewise, eCube™ can be used to phenotype disease models including autism spectral disorders, rare genetic epilepsies, HD, AD, and more. As EEG yields objective pharmaco-dynamic signatures specific to pharmacological action it can be used to evaluate translational biomarkers in CNS disorders and rapidly screen compounds for potential activity at specific pharmacological targets to provide valuable information for guiding the early stages of drug development.

The eCube™ platform uses proprietary machine learning algorithms to detect and assess the potential of compounds to treat psychiatric disorders in an unbiased way by comparing their complex qEEG profiles with those from a proprietary reference database at the drug class (primary therapeutic indication) and subclass (primary mechanism of action) level. When combined with SmartCube®, eCube™ can confirm therapeutic predictions and offer additional insights for clinical differentiation or translation.