Parkinson’s disease is a chronic, degenerative neurological disorder affecting at least one million people in the United States, and more than five million worldwide. Death of dopaminergic cells in the substantia nigra result in motor dysfunction such as shaking, rigidity, slowness of movement, gait abnormalities but also dementia, sleep and emotional problems.

Unilateral 6-OHDA injection in rat striatum produces a dramatic and permanent loss of dopaminergic neurons in substantia nigra resulting in mot or deficits as described below. This model has been used to assess neuroprotective agents. 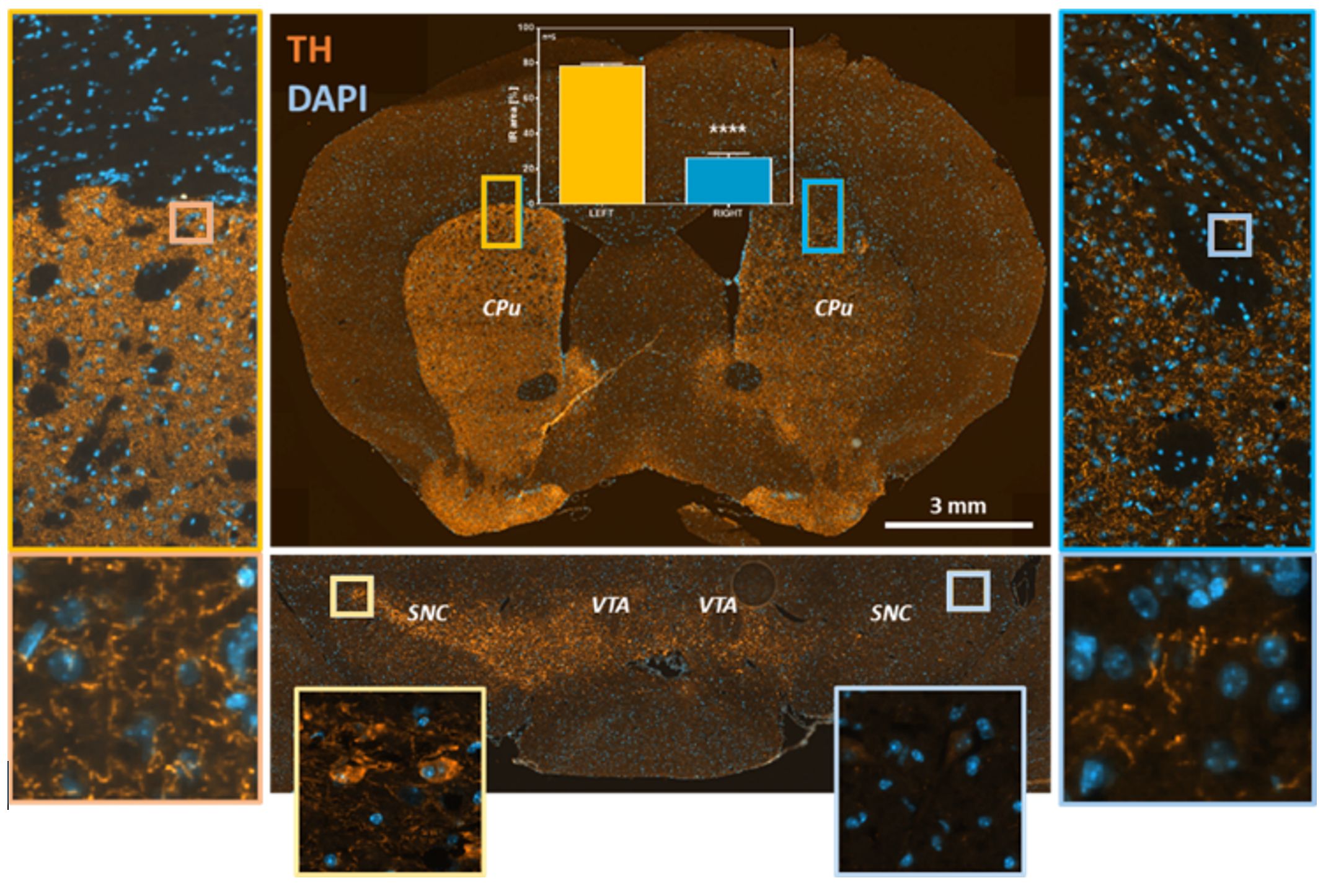 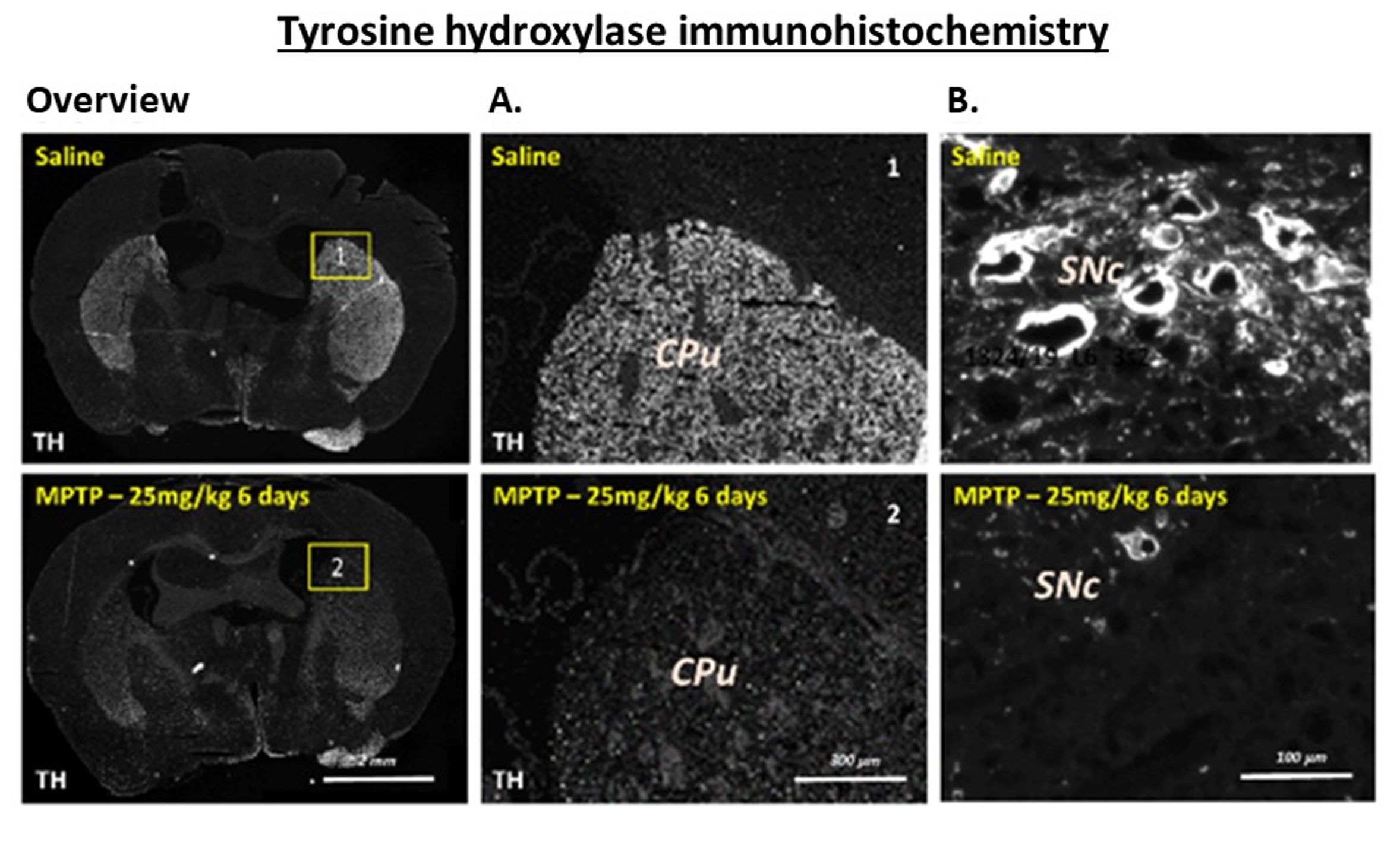 Figure 3: MPTP-lesioned mice show significant levels of dopamine and dopamine metabolites in the (A) striatum and (B) substantia nigra. Tyrosine hydroxylase (neuronal marker for dopaminergic neurons) protein content was significantly decreased in the striatum. [Data are presented as mean ± SEM. *p<0.05].

Figure 4: MPTP-lesioned mice show a significant decrease in TH positive cells in the (A) striatum, (B) in dopaminergic and its metabolites in substantia nigra and  (C) in striatum compared to saline-injected animals.

Increased levels of alpha-synuclein (αSyn) lead to neurodegeneration both in vitro and in vivo and aggregated αSyn is the primary component of Lewy bodies, the histopathological hallmark of PD. MJFF partnered with PsychoGenics, in collaboration with Dr. Luk and Dr. Lee’s labs, to independently replicate the inoculation of misfolded αSyn to induce Lewy body-like pathology which can spread and induce neurodegeneration with motor.